I stumbled upon this waterfall via google maps on the north side of Mt. Hood labeled ‘Ogin Falls’. After doing a little research and trying to figure out the trail to it there seemed to be no trail, years of mis-labeled maps and books citing it on the Eliot Branch of the West Fork Hood River which is actually known as Stranahan Falls. From 1890 to 2011 no other photo existed to match the falls know as ‘Wallalute Falls’ which is where google maps marker for ‘Ogin Falls’ sits. In 2011 ‘Wallalute Falls was photographed under the alias simple as Compass Creek Falls and Lower Compass Creek Falls (Canon Ball Falls). 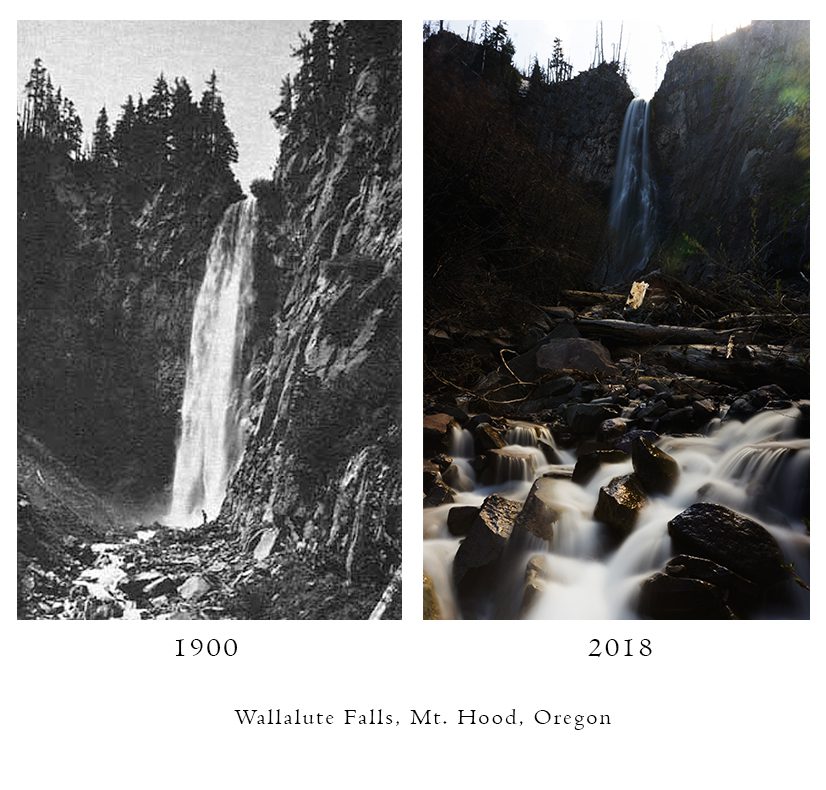 Debris from fires and floods have washed out much of the basin, to the right there is a sizable cascade that was active in May. Asides from the Wallalute Falls there are also a number of others that can be covered in a large loop. Having hiked Silver Falls the bushwhacking and remoteness was a nice change to the chatter of people on the trail.

These are the main falls we saw on our long loop – bushwhacking thru lots of dead timber from fires, pricker bushes and steep ravines. 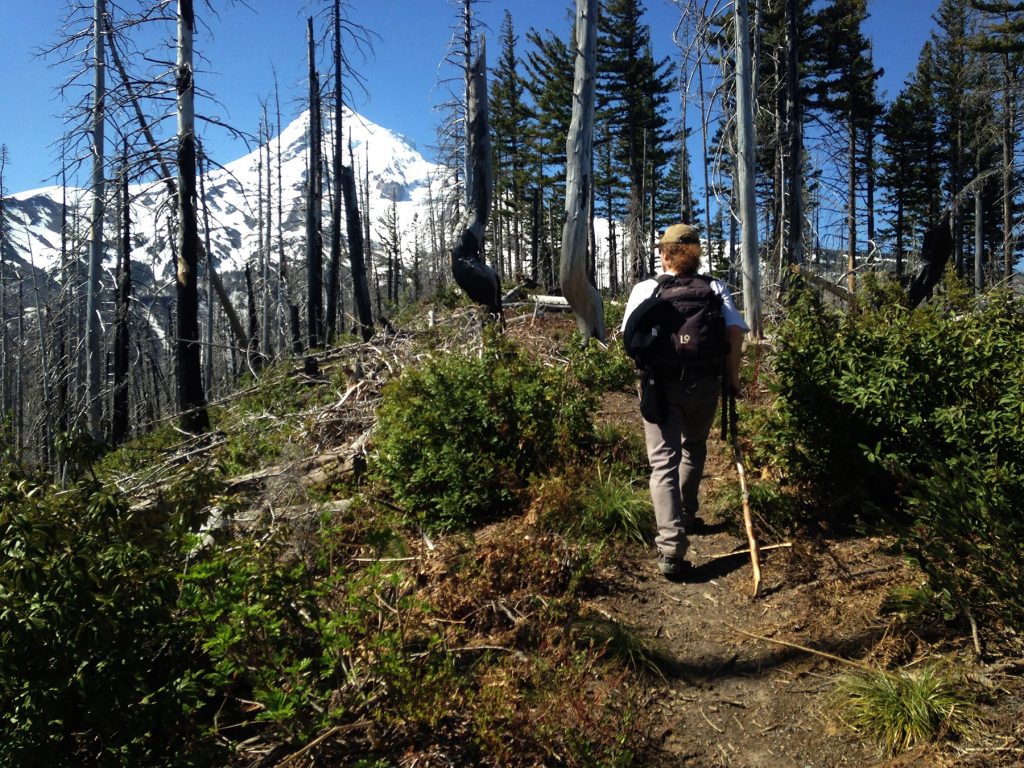 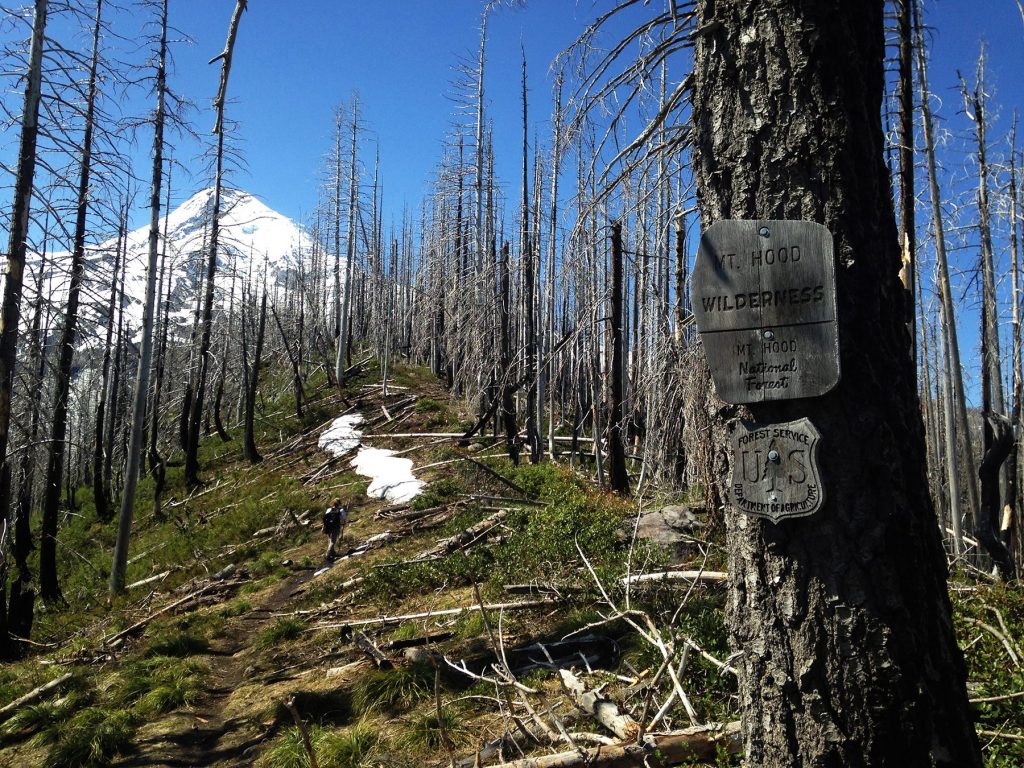 Managed to avoid for snow for 99% of the hike 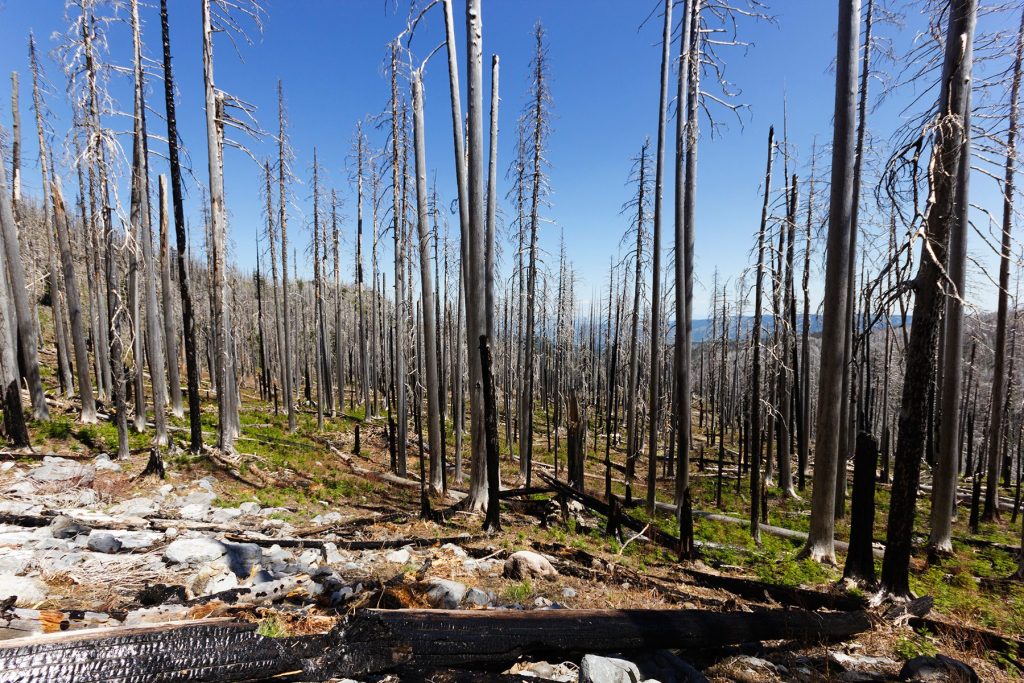 The leftovers of Dollar Mountain fire of 2011 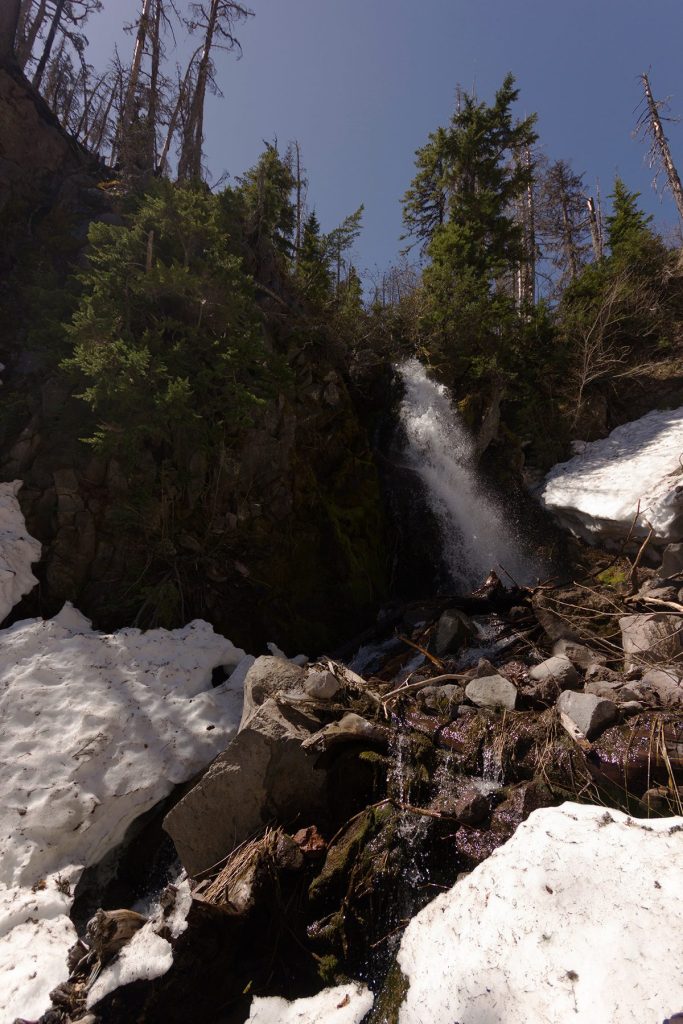 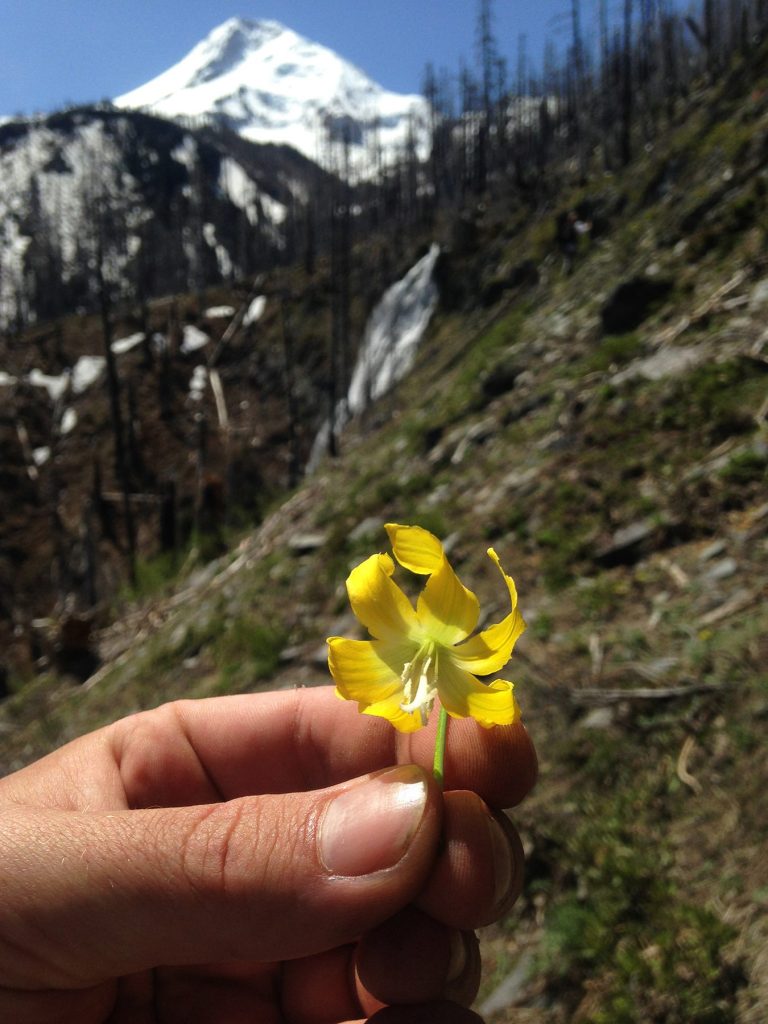 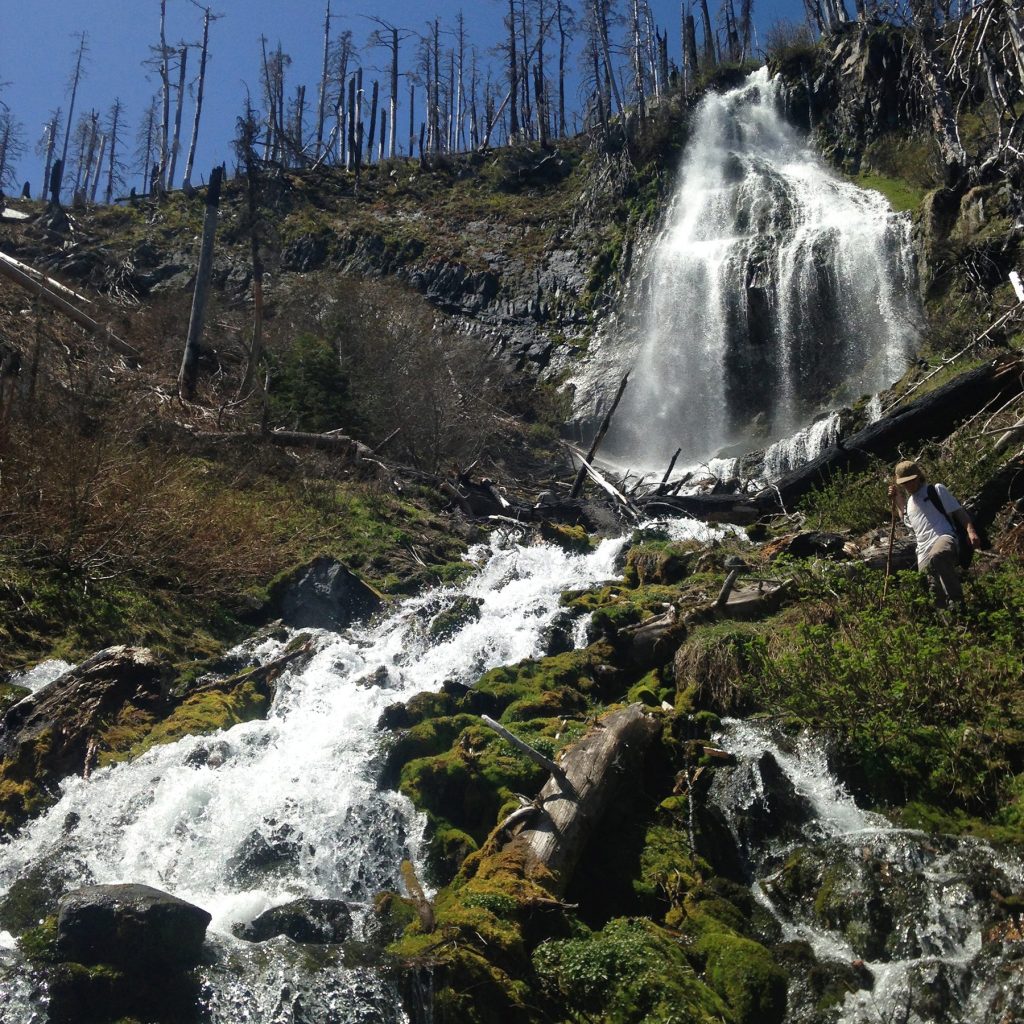 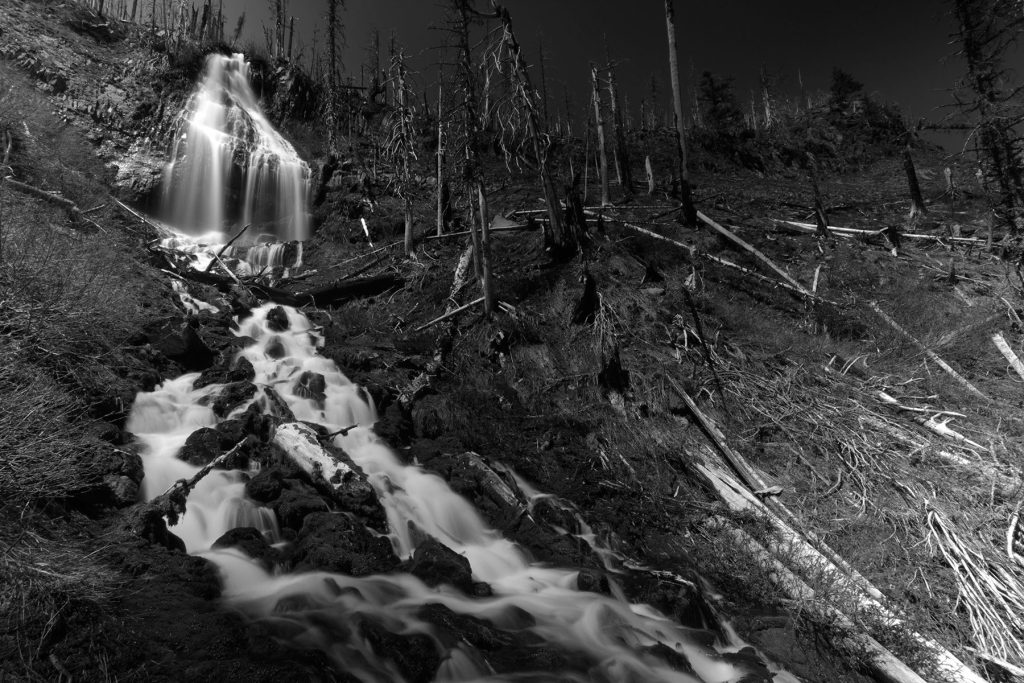 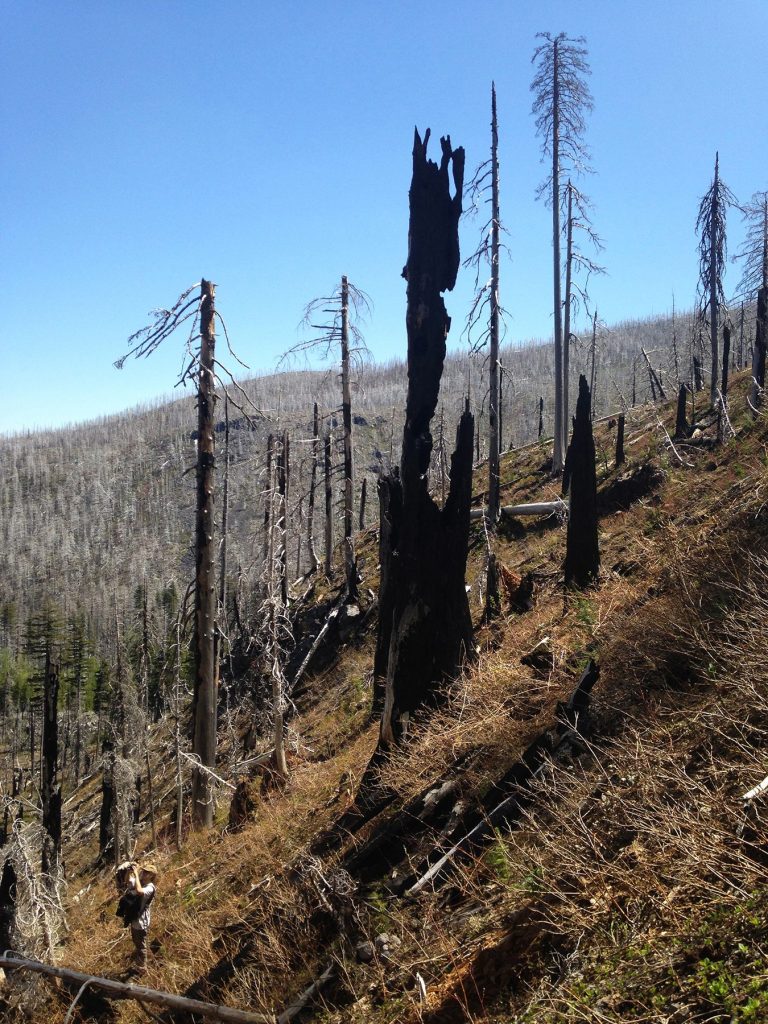 Heading down to the Coe Branch River 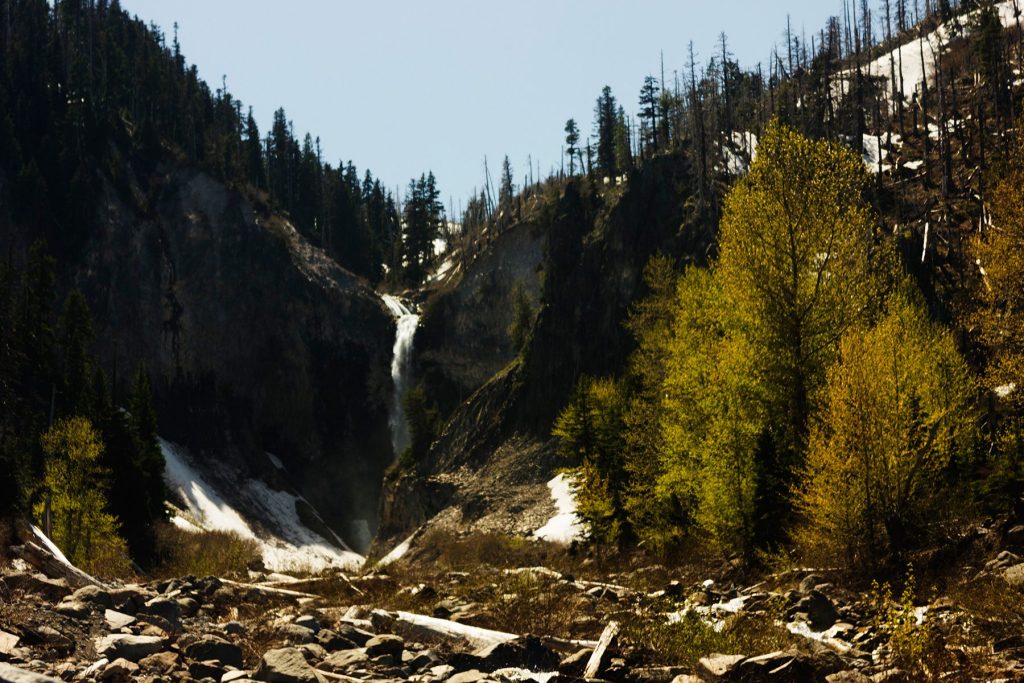 Approaching Coe Branch Falls – to the Left is Kalakwahtie Falls 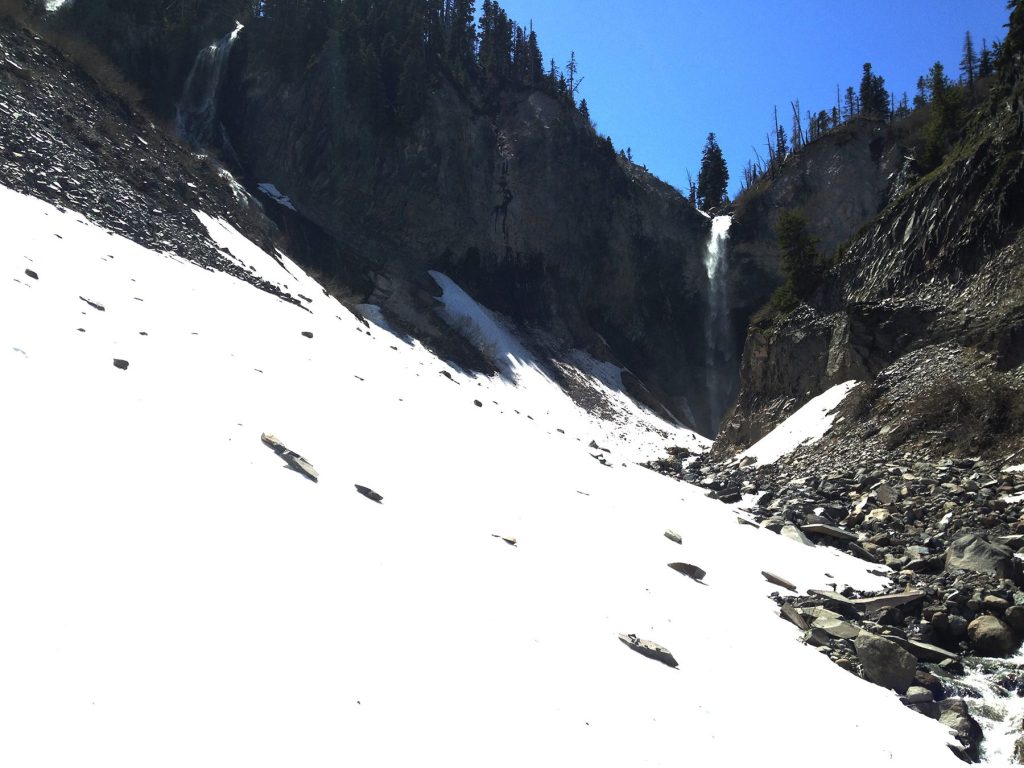 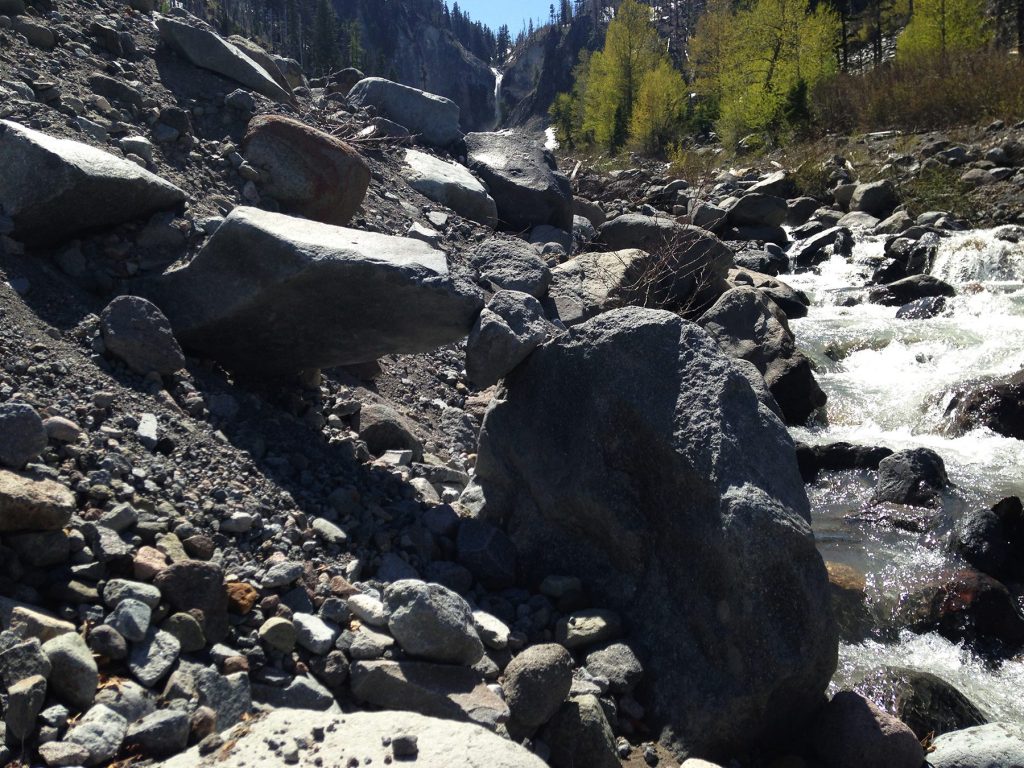 Walking to Canon Ball Falls from the Coe Branch 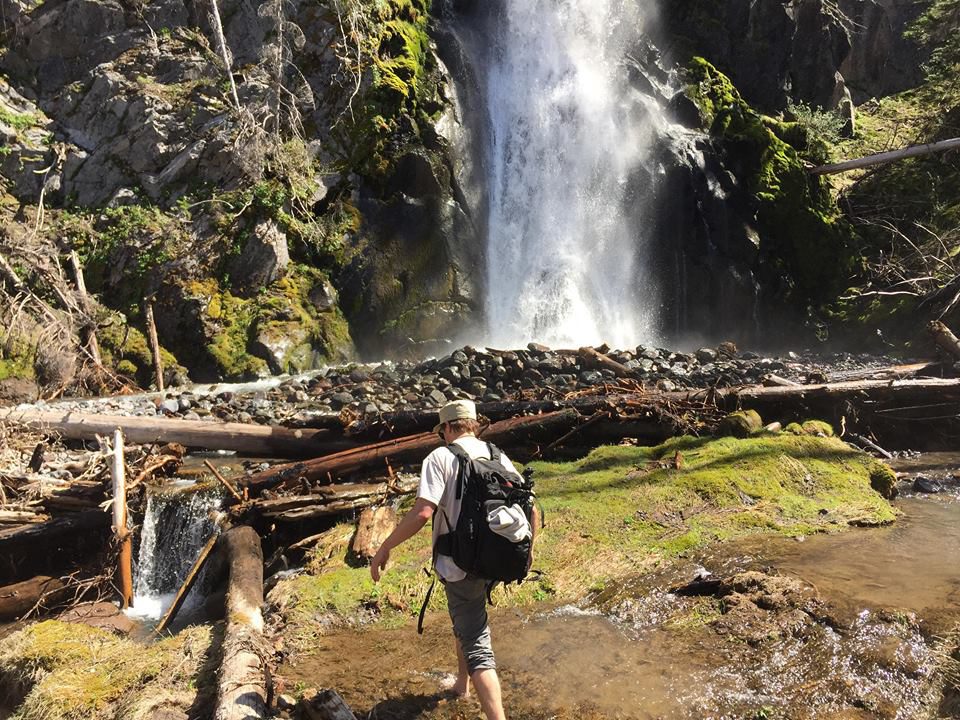 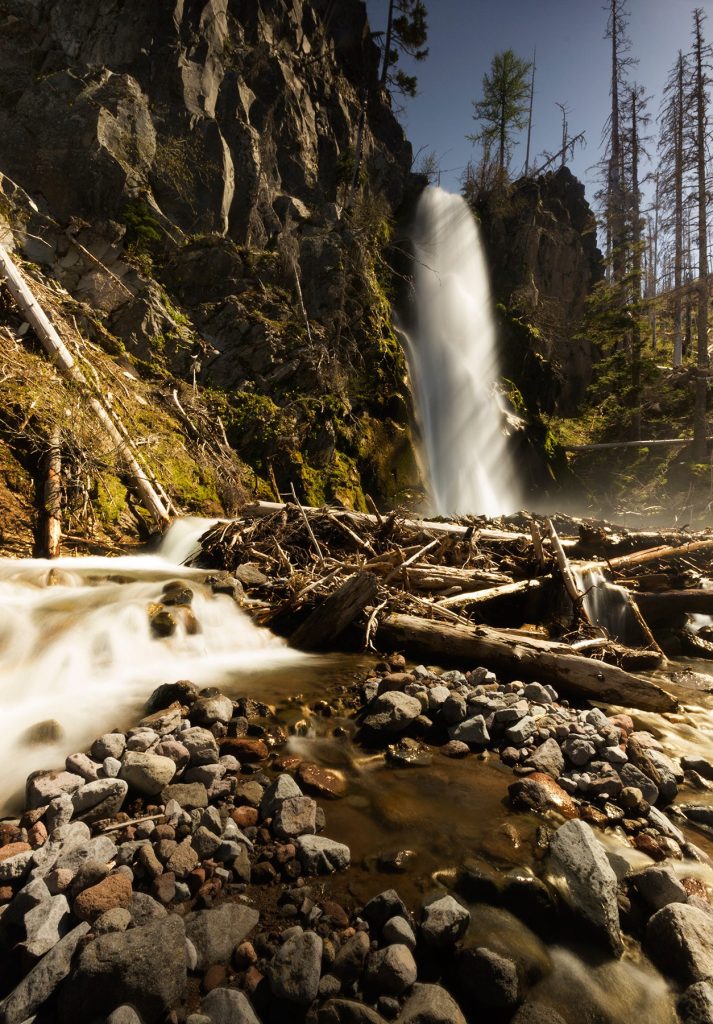 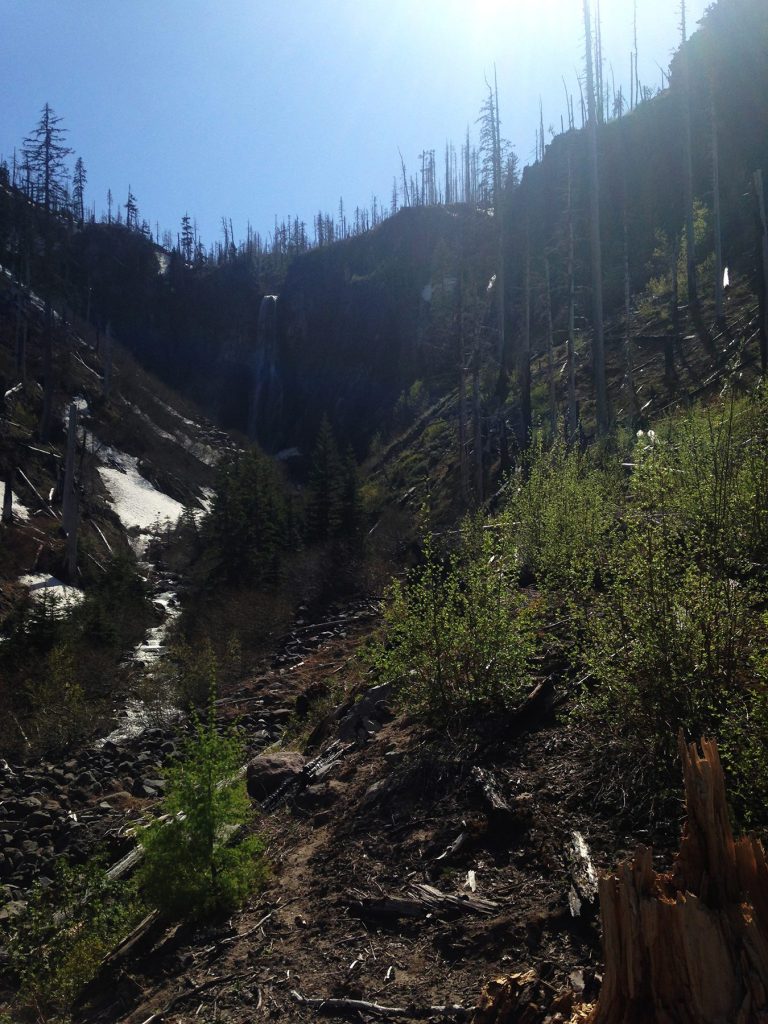 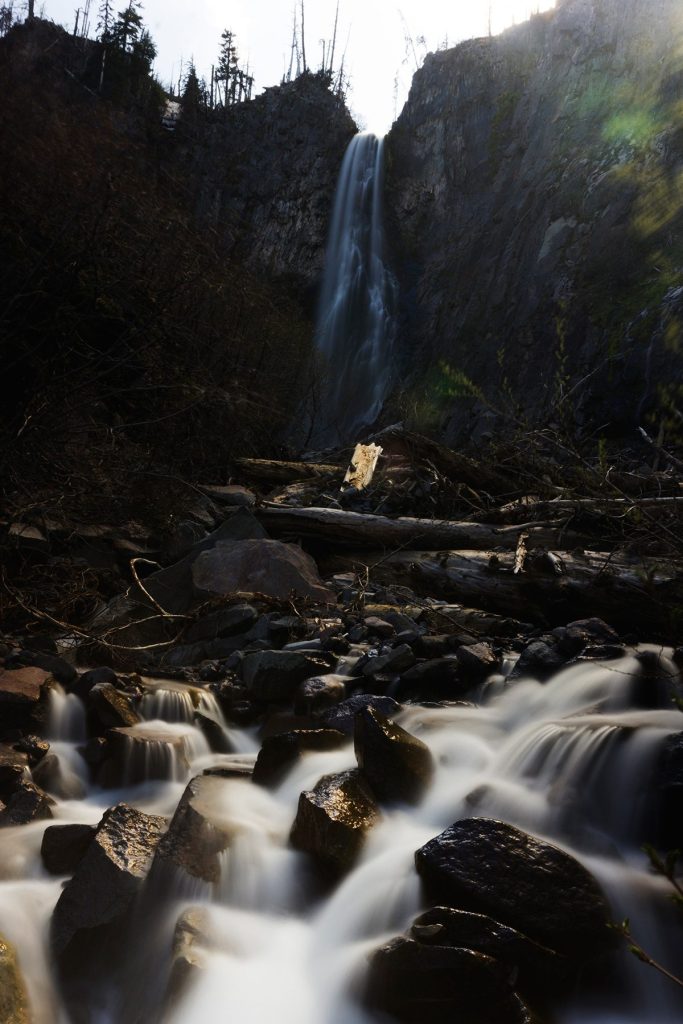 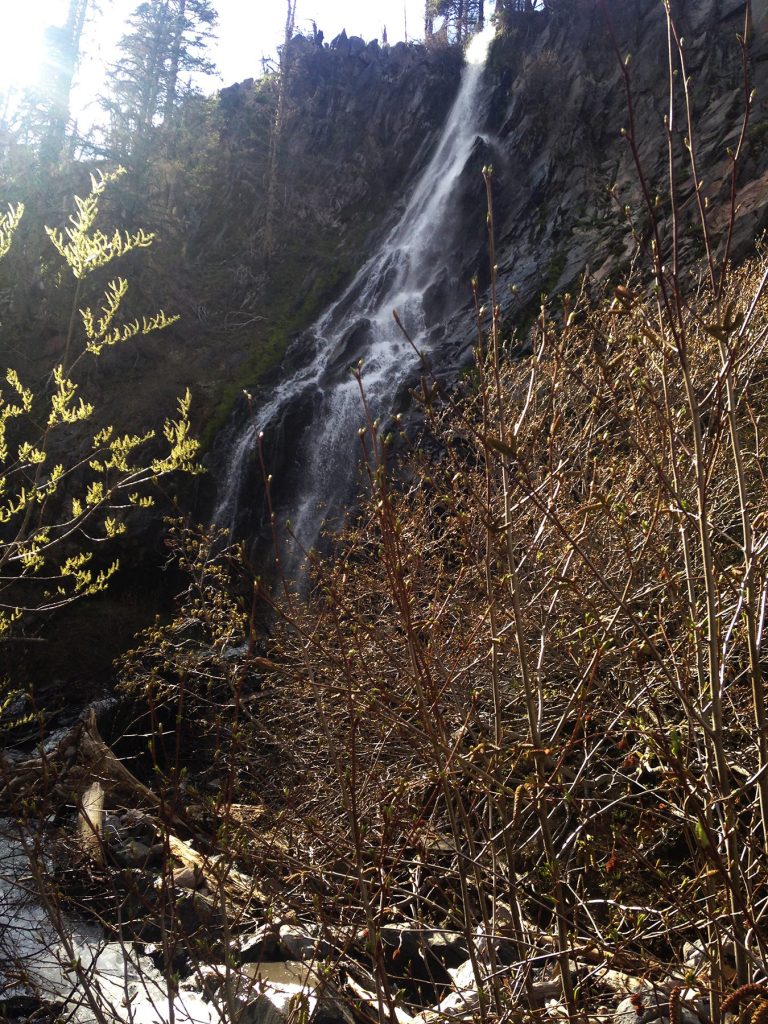 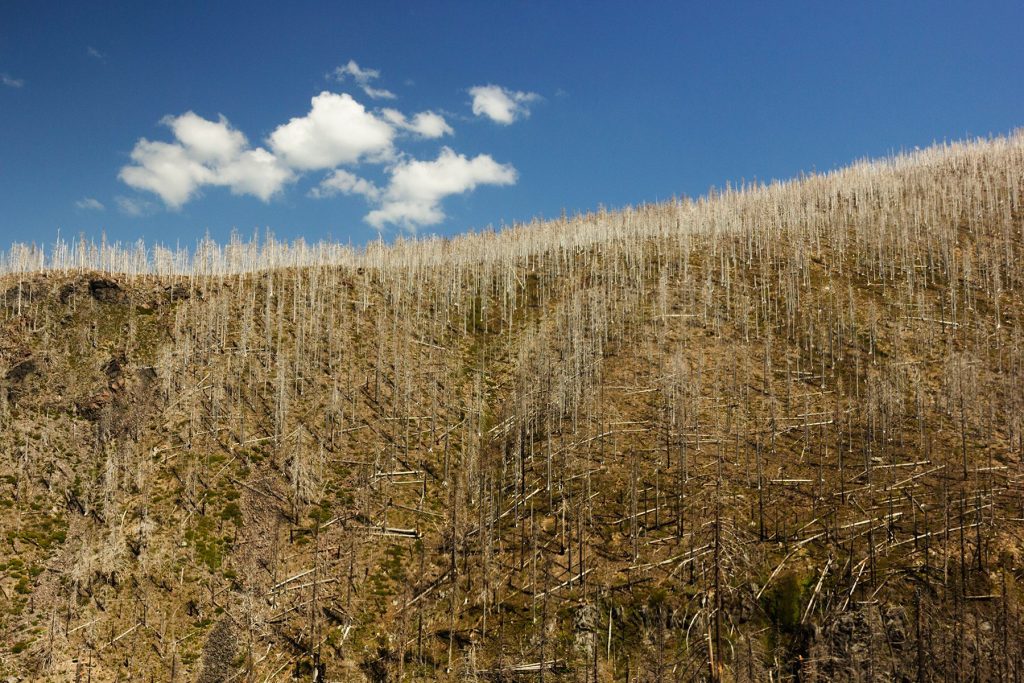 Walking back past Stranahan Ridge toward Cove Creek Falls 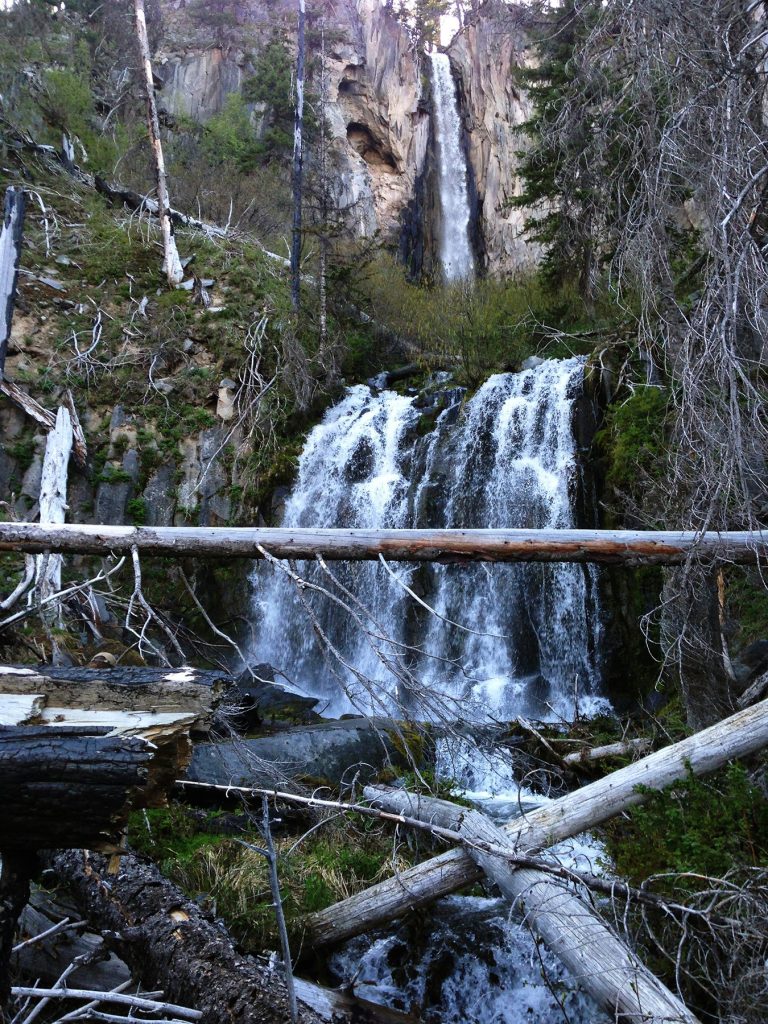 At the end of it the nomenclature for the falls are not the important thing but it was a nice way to go explore some more of Mt. Hood and see a few more waterfalls. A long hike – with few stops and challenging lighting conditions for some of the falls due to time of the day – will have to return for another go. We had to park 2 miles from Laurence Lake due to road closure/flood washout so that added an additional 3 miles in and out to the trail head.